Unless you live under a rock, and I’m guessing you don’t, you must have heard about Russia’s war with Ukraine. Don’t worry, this article won’t bore you with the details about the weapons used and artillery employed- although that would be an interesting topic too. However, missiles and grenades are not the only weapons used by Russia in this war, intellectual property has also been weaponized by the Kremlin to gain an advantage over countries and brands that do not support its actions. Some may wonder how IP can be weaponized since it is regarded as a creation of the mind. This article will therefore explain how Russia has weaponized Intellectual Property in its war with Ukraine and the Western world.

At the start of the Russia-Ukraine war, many western countries slammed economic sanctions on Russia and suspended its trade privileges. Not only that, multinational companies like Mcdonald’s, Starbucks, Apple, and Heineken, closed most (if not all) of their outlets in the country thus resulting in a limited supply of their products in Russia. These actions have led to economic problems for the country as it is almost on the brink of bankruptcy.

As a form of retaliation, Russia decided to attack a crucial aspect of the Western economy, their intellectual property. Early March this year, the Russian government issued a decree stating that Russian companies are no longer obliged to compensate owners of patents, utility models and industrial designs from unfriendly countries. Unfriendly countries being in this instance- those western states who have levelled sanctions against Russia, including the UK and USA.

This decree, therefore, gives Russian businesses the right to use intellectual property items like patented inventions or fashion designs of other brands without the consent of the holders of those rights and certainly without compensation. On the other hand, aggrieved companies will be unable to enforce their patents and designs against Russian imitators. This can be described as a legalised form of intellectual property theft in a country already on the watchlist of the USA as one of the countries that do not protect intellectual property rights.

Apart from totally removing Patent protection, Russian officials have also indicated plans to restrict other intellectual property rights including copyrights and trademarks belonging to Western countries. There are steps to legalise trademark infringement and Russian enterprises can operate using the trademarks and branding of Western businesses that have exited Russia. Also, the government has taken steps to prevent foreign owners from terminating their IP obligations in the country. One of those bills will allow the government to seize IP and other assets that have decided to leave or scale down operations in the country. This has been done to Starbucks and Mcdonald’s.

Recently, there has been a flurry of unauthorised trademark applications for Western brands in Russia. Russian Intellectual Property Agency, Rospatents, has been receiving applications for trademarks, names and logos of famous Western brands like Nespresso, Starbucks, Instagram and Mcdonald’s. Trademark applications have been filed for names like Instarus, Rosgram, McDucks (Russian colloquial name for McDonald’s), Rustagram, and IDEA furniture factory with the IKEA logo.

Not satisfied with earlier restrictions on Patents, the Russian government passed Decree No. 322 of May 2022 which prohibits Russian residents from making licence payments to foreign bank accounts to right holders residing in unfriendly countries or who support sanctions against Russia. The Decree requires that payments for IP rights by a Russian licensee to a western licensor must be deposited into a Type O account with an authorised Russian bank in Rubles. And if the licensor does not consent to such, the licensee may stop payments and continue to exploit IP rights.

Goods subject to parallel importation in Russia include automobiles, clothing, as well as computer hardware. Goods by Apple, Samsung, Lenovo etc can be brought into Russia under this scheme. Therefore, as Apple, which is on the Russian parallel imports list, starts selling the iPhone 14, Russian resellers would be able to import them for sale despite the US tech giant pulling out of the country months ago.

Cases of IP Theft in Russia 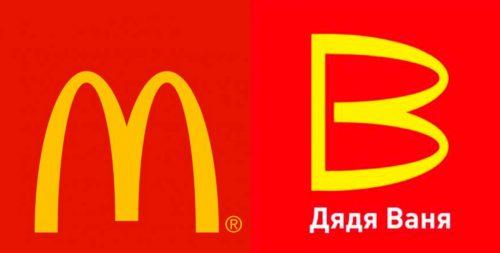 Physical evidence of blatant theft of Intellectual Property exists in Russia. In March, a Russian enterprise filed an application for the use of Mcdonald’s trademark under a new name- Uncle Vanya- and opened one of its former outlets. This semblance is so striking that anyone walking into the restaurant would assume it was a McDonald’s but with a Russian name. Recently, Stars Coffee also opened as a successor to the Starbucks brand, under-you guessed right!- a similar/identical logo thus reopening chains of coffee shops formerly owned by Starbucks. A view of the company’s menu reveals similarities between it and Starbucks’ menu. 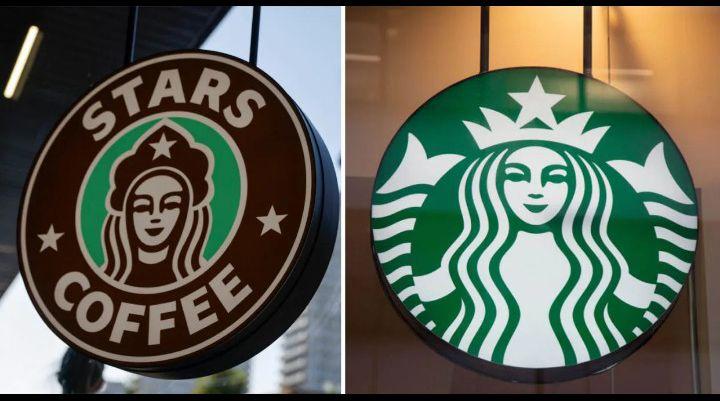 Moscow entrepreneurs are now applying for trademarks like Coca-Cola, Adidas and Mercedes while their products have also been subject to parallel importation as importers import such products without permission. Recently, Coca-Cola failed to have a Russian Judge rule in its favour in a case against grey market sodas imported from the USA by Pivioindustria. A Russian Competitor, Chernogolovka, has also begun the production of Coke-like sodas with nearly identical names such as Fantola and Cool cola, a form of trademark squatting. In Coca-Cola’s action against these companies, the judge rejected their claim on the ground that the products were cheaper and better for consumers.

Russia is a member of the WTO, although member states are plotting ways to kick it out of the organisation, it is subject to the TRIPS Agreement. Aggrieved entities may therefore bring an action before the WTO since they are unable to do so in Russia, and get a form of compensation. Countries affected by the Russian action may also initiate a lawsuit before the appellate body of the WTO and request the imposition of additional sanctions which may in turn affect Russian companies who rely on such brands and patented technology.

However, there are quite a number of problems in the enforcement of international law against Russia. First, the Russian constitution was amended in 2020 to give the Russian constitution precedence over treaty obligations. State agencies may therefore disregard any decision reached by a WTO court and carry on with the status quo. Secondly, Russia has a defence under the security exception under Article 73 of the TRIPS Agreement, which allows members to take any action considered necessary for the protection of their essential security interests. But this has never been invoked before the WTO. Also, if the plans to eject Russia from the WTO succeed, the aggrieved entities will have no source of redress as a country cannot be made subject to the laws of an organisation of which it is not a member.

The owners of violated intellectual property rights may as well be without a remedy given all these problems. Similarly, sanctions so far have not deterred the Russian government from doing what it pleases.

Consequences for the West and Russia.

While the removal of IP protection may help local players and the Russian economy- ie. goods subject to parallel importation will have a cheaper retail price in the country; it will likely affect the return of global brands to Russia in the longer term after the war.

The consequences for Western businesses and inventors are grave as Russian businesses can now replicate inventions and copyrighted materials without sanctions. Also, the enabling disclosure requirement of patent law requires that patent holders explain their inventions in sufficient detail so that someone skilled in the art can make and use the invention. This then means Russian firms can publicly access databases and create inventions to boost struggling technological production.

In addition, intellectual property theft poses economic implications for Western countries. There could be a Russian Silicon Valley producing goods similar to Western ones with no compensation to the original right holder thus resulting in a loss for the owners. The UK, USA, Canada and about 37 other countries are on the list of countries termed unfriendly and given the fact that most international brands are from these countries, there is a huge risk of loss to them.

For Russia, it could as well result in the imposition of more sanctions by Western countries thus affecting its already weak economy and increasing its bankruptcy.

For the Research Team.